skip to main | skip to sidebar

"The Vine Keeper . . . messages in poetry & prose" by William S. Peters, Sr. is an Epic offering of Bill's writing. It is 439 pages of a truly transformative work. The Book Size is 8 by 10 Perfect for just $29.95 . . . makes a great Gift of Love and Spirit for the Seeker.
For more of Bill's Books and CDs visit www.iamjustbill.com or www.innerchildpress.com 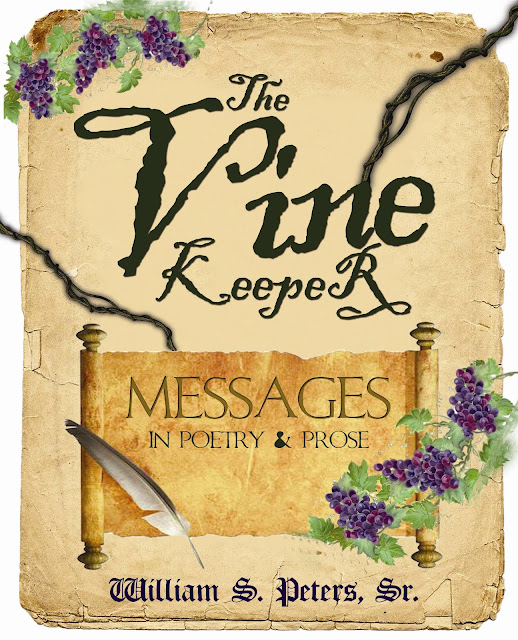 Words and Voice of 'just bill'

and the pain of the "sane" people still taps lightly at their inane consciousness to remind them they are still stuck here, in this "fuck you" here vibration of the expressions of life . . . . smdh . . .again

It was Saturday again. Time for folks to get about the chores. Doors opening and closing, “SLAMMING”, people hosing down their cars and flower gardens. Children have not started making noise quite yet, but you can bet your seditious ass they will very soon . . . some time before noon. But i could hear those damn lawnmowers . . . my God, it is not even 8 o’clock yet. Don’t those people have any decency. Where is my clemency from this purgatorious awakening to another Saturday Hell . . .do tell.

In the mean time, a couple of blocks over to the slight South, the Angels were gathering firewood. . . . lots of it. There was to be a “Stake Party” later this evening after the Son went down. They along with the approval of the Over-Lourdes had selected 3 souls for their Sacrificial amusements tonight. The whole neighborhood was gleeful as they anticipated the coming martyrdom of their once embraced friends and family. I guess they were also somewhat relieved that their straw was not the short one again. Many of them had experienced this way before only to be recycled in that ever confluent path of reincarnation. This was the new age salvation. Die . . . Ascend and be Born again. Some peoples had not quite got the sequence down to rote and attempted to convince themselves they were born again even before they died. Another SMDH moment for me.

I lay in the bed looking up at the ceiling and the dancing Pixies of Light that tried to camouflage themselves in the juxtapositions of light and dark, but i could see them clearly, for i was endowed with a sight. It must have been a mistake. I noticed in my last cycle, things were a bit different. I could see things i later learned to keep to myself. Very few understood, or they feared acknowledging perhaps that they could see strange things too. Either way i was not going to live my life completely in denial. I had bridges to burn, this time around. Perhaps that would assist me with my convictions of heart as i attempt to keep the drones at bay.

They say, “This is the Day the Lorde has made” . . . not quite grasping the import of this simple edict of One’s base belief systems, i question in my ignorance, “Which Lorde” do you speak of ? In my simple observations i have see many colluded expressions of a delusional reverence exercised as a truth to be digested by the masses. Here we go, another SMDH moment. Seems to be plenty of that going around these days.

In the mean time on the other side of this finite Galaxy, there are other symbiotic dimensions being created and explored by the innocent seekers of a verifiable truth. To no avail. We being naught but projective creators are free to live that which we choose. Sometimes i question that “Gift” of Free will, for it came without instruction, guidelines nor restraints. So we are free to paint upon life’s palette in any colors or shapes as we so wish. Yet, there are reproofs and rebuke-ments being manifested to balance our equations of desire that we must suffer along. Some of us have learned the gift of song that we may hopefully entice the Gods to be merciful in our Praise Like offerings to their ears . . . sort of how our Role Model Lucifer did when he occupied the position of Ministry of Music. Now we all have garnered a new craft and skill set as we seek to be appeased and unstrung from this diseased experiential journey. In the end i wonder . . .yes i wonder, and all i can seemingly come up with are these sort of semi Epiphanic emanations of Shaking My Damn Head. it is not that i am thoroughly convinced we are damned, for i too feel a compellation and Tryst for salvation . .  a hope that will deliver me out of this continual vortex where anguish and joys conspire with one another to make for some sort of lesson. This is one for the ages where the absence of time is a reflective illusion as well . . . Oh by the way, did i allude earlier about something of “Sane” people ? Don’t believe it, for all is still yet held in the delicate balance of Chaos, for from that primal space a God of the people was borne.

Jamie Bond sent me this in my In Box this morning

and this write ensued . . . .hope you enjoy the perspective and perhaps you will discover a contemplative look as well . . .

Donate to the Distribution of World Healing ~ World Peace Poetry 2014